Dr. Mary Jane Bias has served in several roles providing educational and supportive services for students and teachers, and staff members from pre-school, early childhood, K-12, and higher education. She began her career as a classroom teacher at Coweta Public Schools. After five years in the classroom, she joined Broken Arrow Public Schools and served 23 years under the leadership of Dr. Clarence G. Oliver and Dr. Jerry Hill. In Broken Arrow she served as counselor, assistant principal, principal, curriculum and instruction coordinator, and assistant superintendent. In these roles she gained extensive training and knowledge in curriculum and instruction, long-range planning, budgeting, staff relations, and negotiations. She ended her tenure in Broken Arrow as interim superintendent when she joined the Bixby Public Schools as superintendent in 2000.

Under her leadership, extensive improvements in facilities, technology, teacher training, instruction, and staff morale were made. She was named Administrator of the Year for District 5 in 2003, 2005, and 2007. During her time at Bixby, she also was an adjunct Professor at Northeastern State University working with graduate students seeking to become school administrators. She joined the NSU faculty full-time in 2007-08 as an Assistant Professor. Dr. Bias joined Union Public Schools in 2008-09 as the Early Childhood Division Leader on Loan to Community Actions Program in Tulsa.

Her educational background includes a Bachelor of Science in Education (1972), Masters of Education in Guidance and Counseling (1976), and Ed.D. in Instructional Leadership from Oklahoma State University (1994). 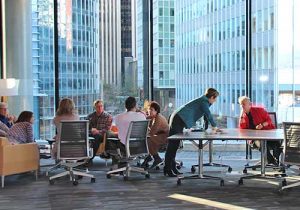